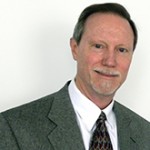 I was born and raised in the St. Charles area, attended St. Louis University High School and graduated from St. Louis University in 1973. I married my lovely wife, Mary, in 1973 and have 3 grown children and 4 grandchildren. My insurance career started in 1970, working in my father’s Independent Agency. I took over the Agency in 1978 when he retired and in 1985 merged my Agency with Bill Schaefer and moved to our current location. Over the years I have attained several Industry Designations, including Certified Insurance Counselor (CIC), which help me stay current with insurance changes and requirements. I have concentrated the last years on helping individuals with their Estate, Retirement and Life Insurance Planning needs. 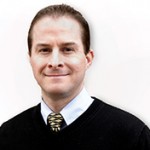 I grew up in Florissant, MO and relocated to St. Charles, MO in 1994. I started in the Insurance Industry in 1995 while still in college, working an internship for a major insurance carrier in their claims department. I graduated from Missouri State University in 1996 with a Bachelor of Science Degree in Insurance and Risk Management. I have over 26 years of experience in the property & casualty insurance industry with the first 8 years in the claims department of 4 major insurance carriers. I joined HSGW Insurance in 2003 and became a Partner in January 2016. I have been married to my wife Colleen for over 15 years and we have 5 children. I believe my extensive experience in claims handling sets me apart from other agents who are mainly trained in sales.

After growing up in St. Peters, I graduated from the University of Missouri in 2004 with a BA degree in communication. I worked in advertising sales for six years, first at the Columbia Daily Tribune followed by the St. Louis Post-Dispatch. While I liked the sales aspect of that industry, I very much enjoy the added focus of personal relationships and ongoing customer service working in insurance. With that in mind I joined HSGW Insurance as an Agent in 2010 and became a Partner in 2019. I have been married to my wife Blaire since 2006. We have a son named Braden and a dog named Teddy. I enjoy all things sports, traveling, being outdoors, and spending time with my family and friends. I look forward to providing superior service and peace of mind to all of my personal and commercial customers. 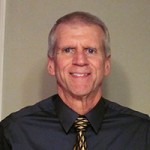 I grew up in South St. Louis County, attended Vianney High School and moved to St. Charles County after graduating from the University of Missouri-Columbia in 1976. I worked as a Juvenile Officer for 8 years before entering the insurance business in 1983 as an agent. I joined HSGW Insurance in 1990. I live in St. Louis County, have been married to my wife Barb since 1978, have 3 grown children and 2 wonderful grandkids.

I am a native of St. Louis, graduate of University of Missouri-St. Louis, served in the U.S. Marine Corps, and started insurance career in 1969 with a major national company. I have held various positions, including Personal Lines Underwriter, Commercial Lines Underwriter and Marketing Manager. In 1977, I left the corporate ranks to join a local insurance agency as a multi-line producer. I attained the professional designation of Certified Insurance Counselor (CIC) in 1982 and started own insurance agency in 1983. In 1985, I merged with John Heinsz to form the present Agency. I was married in 1968 to my wonderful wife, Glenda, have 3 grown children and 5 grandchildren.

I’m a Missouri native that spent my youth in mid-Missouri. I graduated from Central Methodist University with a Bachelor of Science Degree in Business Administration and have achieved the Commercial Lines Coverage Specialist (CLCS) designation from National Underwriters. My wife, Alison, and I, live and raise our son in the heart of St. Charles County and are enjoying all that this area has to offer. I look forward to working with you on your business or personal insurance needs.

I have lived in St. Charles all of my life and have always loved the area and the people. I have a grown son and one perfect grandson that fills my home with joy!

I started my first insurance job in 1978 and feel that my years of experience in the industry help me to provide excellent service to my customers.

I have 32 years of experience in the insurance and financial services business and am a member of the Estate Planning Council of St. Louis. With this experience, I’ve learned the importance of listening to your concerns and recommending solutions that fit your situation. 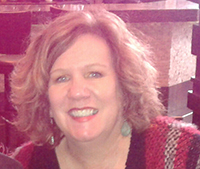 I was born and raised in St. Louis, MO, and currently live in St. Charles County. My husband Kevin and I have been married since 1990. We have two sons, one is a 2015 college graduate, and one that will graduate from Missouri State University in 2017. We are almost empty nesters! I enjoy going to the movies, dancing, and the beach. I started in the Insurance Business in 1984 and have been with HSGW Insurance since 1988. Over the years I have won several Customer Service Awards and look forward to helping you with your insurance needs. 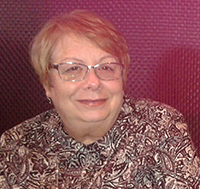 I am a lifelong residence of the St. Louis area and I currently live in St. Charles. I have two grown sons and two grandchildren. I’ve been in the Insurance Business since 1977 and have been with HSGW Insurance since 2006. I look forward to assisting you with your insurance needs.

I was born and raised in St. Louis, MO. I started in the Insurance Business in 1999 with an Independent Agency. I left the industry to focus on my family and returned to the industry in 2012. Outside of work, I enjoy spending time with my family and friends. I have two young boys which keeps me involved in sports and outside activities such as fishing and bike riding. I believe strongly in going the extra mile to advise and assist you, our clients, to understand what coverages are needed and help select what’s best for you. I look forward to helping you with your insurance needs.

Growing up in St. Charles, I have been lucky to experience how much the area has grown. I attended Duchesne High School and graduated from St. Louis University in 2005 with a degree in Early Childhood Education. While I enjoyed working with children as a teacher for over seven years, I realized that the ability to work with people and families over many years rather than only just one or two, made the transition to insurance easy. Having recently joined HSGW Insurance, I look forward to building relationships with my customers. In my free time, I enjoy catching a Cardinals game, reading a good book, traveling, and spending time with my family and friends.